Player ratings of the season so far (Centre backs)

This is part three of my player ratings for the season so far. The centre backs are the most controversial today as there are so many of them. Fabian Schar I am going to start with the elegant man. It has been a strange season for Fabian. He has scored two goals this season and, at the start of the season, played relatively fine. However, he has had minor injuries and has been in and out of the squad throughout the season. Last season, he was arguably our best player. Th
9 views0 comments
Sam Mulliner. Follow on Twitter:

What a difference a week makes. This time last week we were celebrating a win over Crystal Palace and Miguel Almiron's first goal in the black and white. Since then, back to back defeats still see us comfortable in mid table, but is there now rumblings of concern around Tyneside? Few would have expected getting anything at Old Trafford, given our record both there and on boxing day, but it was the manner of the defeat which was all the more frustrating. The compact, well dril
12 views0 comments 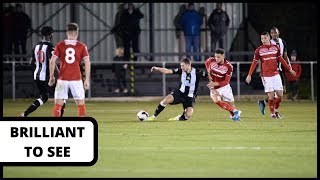 A huge boost for Newcastle

The FIFA 20 ratings have been revealed and whilst players have been talking about their own ratings on social media, I thought I'd go through all of our player ratings (including the players we have out on loan) and what it could mean for them on career mode. The rating difference from FIFA 19 mentions the rating from when the game was released. Martin Dubravka - 80 (+1 from FIFA 19) This is no surprise and it says something that despite turning 30 in January, Martin Dubravka
15 views0 comments
Laurence Taylor (@laurence_1999)

Following the news that Rafa Benitez is on his way out of Newcastle, I will be reviewing his tenure on Tyneside. This isn't an article I wanted to do now but I will be doing a similar one when Mike Ashley leaves. When Rafa arrived on Tyneside to replace Steve McClaren, the club was on it's knees and sitting 19th despite spending approximately £80m in the two transfer windows. Things didn't start well for the Spaniard though as only one point from his first four games (includi
13 views0 comments
Carl Richardson

Is there a Silver Lining in Newcastle's season?

There’s an age old adage in football, ‘judge us after 10 games’! This 10 game mark is meant to give an insight as to how a certain team will finish in the league come the end of May. Well we are now 11 games in, and are we any closer to seeing where Newcastle will finish this Premier League season? Let’s be honest, after those first 10 games I was and probably like so many others, worried after those first fixtures. No home wins, 0-0 draws against Cardiff, Palace and Southamp
13 views0 comments
@NewcastleFansTV

“Florian was someone that was coming to a new country last year, and he needed to settle down. He could pass the ball from centre-back, and he needed time to cope with the pace and physicality of the Premier League. He needed this time, he was injured - believe me, I was talking with him and asking, and he was never injured when he was in Spain. He was always playing. “He came here and in the first game, boom, injured. A little time out, then another long-term injury, and tha
28 views0 comments 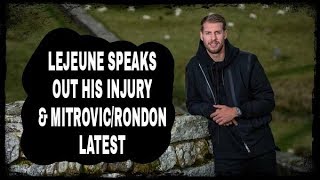 Florian Lejeune on living in Newcastle & thoughts on the Bournemouth game

Lejeune told the Chronicle: “I like to keep active when I’m not playing or training. It’s been a bit cold recently but that’s OK. A couple of weeks ago I went to Tynemouth which I really enjoyed. I’ve also been to Hadrian’s Wall to do a photo shoot and I have been to Edinburgh which was really good. I like to sleep quite a lot, I do this after training. I have always enjoyed my sleep! But I do have a normal life. I come home and I spend time with my wife and we’ll watch TV se
14 views0 comments
Lee Lawler (@NewcastleFansTV)

“In England, games are often quite intense so if you are not ready physically, it is complicated. I am ready but I am still adapting. I am in a new league, so the style of play is different and it is more physical as well. I know I need to work more on the physical and tactical side of my game. There are very physical strikers that are difficult to come up against, even if they are not always the most well-known, like at Burnley or Bournemouth. But they make plenty of runs an
12 views0 comments
Lee Lawler (@NewcastleFansTV)

“Obviously, he is one of the world’s top coaches and has won loads of trophies. He has great experience. So what he says, you do. He has an eye for detail that other coaches don’t. For example, it is mainly about preparation with him. And tactical play. He tells us to concentrate all the time, really work on concentration. Play a simple game but an aggressive one. Talk to each other, always talk to each other and play together. “I feel very good. I have had a run of matches a
7 views0 comments