Player ratings of the season so far (Centre backs)

This is part three of my player ratings for the season so far. The centre backs are the most controversial today as there are so many of them. Fabian Schar I am going to start with the elegant man. It has been a strange season for Fabian. He has scored two goals this season and, at the start of the season, played relatively fine. However, he has had minor injuries and has been in and out of the squad throughout the season. Last season, he was arguably our best player. Th
9 views0 comments
Sam Mulliner @SamMulliner

Is Brucey Playing His Cards Right?

Ever since Steve Bruce took the reins at Newcastle United, criticising him has been all too easy. From the chaos of Jetro Willems’ introduction on the opening weekend of the season at home to Arsenal, which led to Pierre Emerick Aubameyang’s decisive winner, to the horror shows at Norwich and Leicester. However, impressive wins at Tottenham and West Ham, as well as home wins against Manchester United and Bournemouth, Bruce has made some key decisions that now see Newcastle ju
21 views0 comments
@newcastlefanstv

“I had a chat with the manager towards the end of the window. He said he wanted to keep as many people here as possible to assess what he had. It’s about waiting for my chance, and I’ve tried to stay positive until I got that chance. Luckily enough, I got the chance, and we got the clean sheet and the win. It has been hard because we have a lot of centre-halves fit now. We’ve not had that situation over the last couple of years. We have to keep training well – and wait for th
7 views0 comments
Laurence Taylor (@laurence_1999)

The FIFA 20 ratings have been revealed and whilst players have been talking about their own ratings on social media, I thought I'd go through all of our player ratings (including the players we have out on loan) and what it could mean for them on career mode. The rating difference from FIFA 19 mentions the rating from when the game was released. Martin Dubravka - 80 (+1 from FIFA 19) This is no surprise and it says something that despite turning 30 in January, Martin Dubravka
14 views0 comments
Rob Spereall (@rob_spereall)

The new Premier League season will be kicking off this weekend and Newcastle, for the third consecutive season, will be at home against a top six side on the opening day. In many ways, it has been a difficult summer for Newcastle fans, one that will be remembered for the wrong reasons. Following the long wait on confirmation regarding Rafa Benitez's future at the club, many fans were livid that the Spaniard decided to part company with Mike Ashley and the club. There were num
8 views0 comments
Laurence Taylor (@laurence_1999)

I'm not going to lie, I really should've done more articles over the season but seeing as there's no articles reviewing the season, I may as well do it myself. It was another difficult summer for us with only around £22.5m spent (not including whatever loan fees we paid for Salomon Rondon and Kenedy), by the time the first pre season game came around, the only new face was Ki Sung-yueng on a free transfer from Swansea City whilst Mikel Merino left for Real Sociedad after his
7 views0 comments
@NewcastleFansTV

“It was a little bit of an up and down season. There were parts where we did well and parts where we had a rough patch. Florian and Jamaal put in a fantastic partnership together and the results showed that. It was near enough impossible for the manager to change the team when they were playing that well. We have a good bunch of lads here though and everybody understands that. Everybody works hard in training and I think that’s the major thing. You try to put as much pressur
4 views0 comments
@NewcastleFansTV

"We were here last year and the staff are friendly, the food is great and the facilities are brilliant. The pitches are top draw. Fans are turning up every day and it’s nice for the lads to meet them and take pictures and chat with them. It’s going really well so far and we’re all now looking forward to the first game. For us the game is all about trying to get some minutes under our belt and getting going again. It’s obviously great to be back and getting back into the swing
5 views0 comments 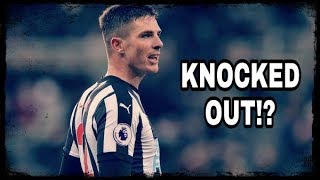 The first players to leave us in the summer were Vurnon Anita, Sammy Ameobi, Lubomir Satka and Haris Vuckic, who were all released at the end of their contracts. It took a while to make our first signing as Florian Lejeune finally arrived from Eibar on 4 July whilst Graham Carr left his role as chief scout and Matz Sels joined Anderlecht on loan. Later that week, we were linked with wingers Sheyi Ojo, Jesus Navas, Adama Traore and Jacob Murphy and the latter was signed from N
13 views0 comments
Lee Lawler (@NewcastleFansTV)

"I think for every defender, that's their main aim; they want to keep clean sheets, and obviously the goalie. It's been a tough month and when the squad's not as big as other teams, it makes it more difficult but we're just trying to keep everyone fit and as fresh as possible fot the games that are coming up. "But as a team, that's what we've tried to do - it's not just the back four or five, it's the whole team working hard to try and keep the clean sheet and give ourselves
2 views0 comments
Lee Lawler (@NewcastleFansTV)

Ciaran Clark praises the comeback against the Baggies

“In the dressing room we’re all very happy after that. Especially being 2-0 down as we know we made it difficult for ourselves. But we’re very pleased with the draw. It was frustrating in the first half, we were organised and they didn’t create too much other than Rondon’s shot that hit the bar from long range. To go in 1-0 down was disappointing. We had the belief to turn things around. “We showed the character in the side because we didn’t give up. Ten or fifteen minutes mo
2 views0 comments