Whilst there is no football due to the ongoing Covid-19 pandemic, here is a series of articles analysing the top goalscorers for the club from the last 10 years (1st April 2010 - 1st April 2020). Today we will be analysing the bottom five of the top 10 goalscorers for the club in the past decade. Joint 9th - Aleksandar Mitrovic - 17 goals First goal Manchester City 6 - 1 Newcastle United Mitrovic (0-1) - 03/10/2015 - Premier League Last goal Newcastle United 3 - 0 West Ham Un
6 views0 comments
Rob Spereall (@rob_spereall)

Rafa Benitez's First XI: Where are they now?

Leicester City (a), Premier League, 14/03/2016: Lost 0-1 Rob Elliot: Elliot began Rafa Benitez's time at Newcastle as the first choice keeper following Tim Krul's season-ending injury he suffered the previous October. Elliot's performances in the 2015/16 season earned him the fans' choice for the club's player of the season. However, soon after Benitez's arrival, he picked up a serious injury which kept him out for a year. This gave Karl Darlow the chance to shine and he was
12 views0 comments
Laurence Taylor (@laurence_1999)

Aleksandar Mitrovic was signed from Anderlecht for £13m as part of Steve McClaren's splashing the cash in his first transfer window as Newcastle manager. The striker created a good first impression on Tyneside. He claimed that he was a Newcastle fan as a child after the Magpies played against his local club, Partizan Belgrade in the Champions League third qualifying round. Upon signing, McClaren stated that there is a bit of the devil within Mitrovic and that was clear to see
10 views0 comments
Jack Robinson

Rafa Benitez's contract is now left with just under six months remaining, meaning that Benitez is now free to walk from the club, without anybody having to pay the £6 million contract clause. Despite this, Rafa looks determined to remain at the club, at least until the end of the season. In the event that a takeover doesn't occur at St. James' Park between now and the end of the season, it looks very likely that the hero of the club will leave, before things get any worse for
61 views0 comments 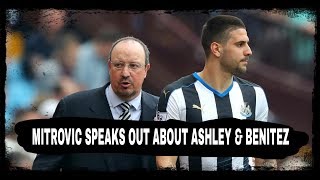 Mitrovic speaks out about Ashley and Benitez

“Newcastle is a big club but they have problems with the owner. Everyone knows Mike Ashley. They have taken large steps forward but also to go back. I do wish them success. Shearer is still my hero and it’s his job to do analysis. He was most of the time right, of course. My father says the same. I know myself when I play bad anyway. He is still a legend and I don’t think England will ever have a striker like him again. It’s different to Newcastle as when I go out I don’t nee
107 views0 comments 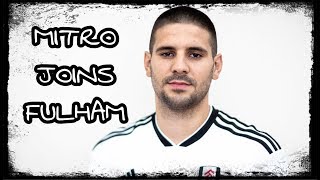 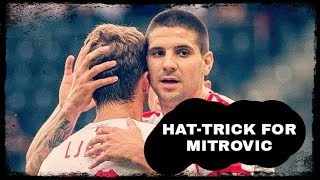 The first players to leave us in the summer were Vurnon Anita, Sammy Ameobi, Lubomir Satka and Haris Vuckic, who were all released at the end of their contracts. It took a while to make our first signing as Florian Lejeune finally arrived from Eibar on 4 July whilst Graham Carr left his role as chief scout and Matz Sels joined Anderlecht on loan. Later that week, we were linked with wingers Sheyi Ojo, Jesus Navas, Adama Traore and Jacob Murphy and the latter was signed from N
14 views0 comments 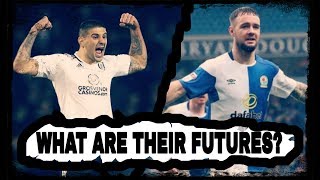 The future of Mitrovic & Armstrong? | What about the U23's?

Aleksandar Mitrovic: "(Fulham) use me in the best way"

“It was good, the team already know my style and try to use me in the best way. The ball is where i like to receive, in my legs, with the defender on my shoulder so they try to play me every time. They know how to use me and it was a nice goal and it was a nice feeling to score my first goal here and I hope I will continue this. I didn’t play a lot or start many games at Newcastle. When you compare all the games that I played there, just 10 or 15 minutes each week, I didn’t h
9 views0 comments
Lee Lawler (@NewcastleFansTV) 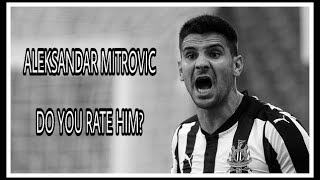 Yes or no? | Do you rate Aleksandar Mitrovic?