With Mike Ashley on the brink of selling our club to the Public Investment Fund of Saudi Arabia, a lot of players will be playing for their futures if we can get this season resumed but if we can't, some of them will likely have played their final game for us. So let's take a look at our squad and see who's futures could be affected by the takeover. Starting with the goalkeepers, Karl Darlow and Rob Elliot are coming to the end of their contracts and I don't think a new manag
42 views0 comments
Laurence Taylor (@laurence_1999)

It was always going to be difficult for us to get players in this January given the amount of senior players already on our books. Unlike previous years when we've named Jack Colback, Henri Saivet and Achraf Lazaar in our Premier League squad (despite the three only making one league appearance between them (which was actually the game that saw Saivet give the ball away for a goal early on before scoring a free kick four minutes later to equalise in a 3-2 win at West Ham in D
9 views0 comments
Laurence Taylor (@laurence_1999)

Jacob Murphy arrived at the club while he was 22 years of age and had been a Norwich City player throughout his career despite being a Newcastle United fan since childhood. It was a signing that was certainly made with the future in mind after showing some promise in Norwich's 2016/17 Championship campaign. The move to Tyneside was the first time he made a permanent move away from Carrow Road after having no less than six loan moves in 2014-2016 to various places in the Footb
14 views0 comments
@NewcastleFansTV

Murphy told NUFC TV: “As a confidence player, they’re the things I need. I thrive off them. I was buzzing to get that first goal at Man City, and now I’m hungry for more. Hopefully, this is my breakthrough season at the club but I know there is going to be tough competition from Matty, Atsu and Rolando - but I’ll be raring to go. I feel more relaxed now. Obviously I put that pressure on myself at the start of the season because I really wanted to make an impact when I first c
3 views0 comments
Laurence Taylor (@laurence_1999)

The first players to leave us in the summer were Vurnon Anita, Sammy Ameobi, Lubomir Satka and Haris Vuckic, who were all released at the end of their contracts. It took a while to make our first signing as Florian Lejeune finally arrived from Eibar on 4 July whilst Graham Carr left his role as chief scout and Matz Sels joined Anderlecht on loan. Later that week, we were linked with wingers Sheyi Ojo, Jesus Navas, Adama Traore and Jacob Murphy and the latter was signed from N
14 views0 comments
Lee Lawler (@NewcastleFansTV)

Jacob Murphy on being on his own living in Newcastle

“Moving to Newcastle, it did take some adjusting to. I’m living on my own for the first time. I’ve had loan moves before, so I’ve had that experience before, but this is the longest I’ve been away from my family. It is helped by the fact that my extended family live in Gateshead, which is only 20 minutes away from my house. I didn’t see much of them when we were living in Norfolk, but they are relationships I’m enjoying building. “When I first found out Newcastle wanted me, I
12 views0 comments
Lee Lawler (@NewcastleFansTV)

Jacob Murphy admits to placing pressure on himself

"Well, now I can say I’ve found my feet. To start with, it was difficult. I was eager to just get in, play games and be a regular starter straight away. That didn’t go quite to plan, so it was a case of biding my time and working hard until the chance came. It's just exciting. In the black and white strip every time you look down you see the crest on our chest. It's a proud feeling. "It’s difficult playing eight minutes, ten minutes or 12 minutes here and there, especially at
7 views0 comments
Lee Lawler (@NewcastleFansTV)

Jacob Murphy delighted with the win over Stoke

“It was the perfect way to start the year. I’m over the moon to start 2018 with my first Premier League assist for Newcastle - I couldn’t think of a better way to do it. This is just the start. I can’t get too ahead of myself after just setting up one goal, but I’ll keep working hard and pushing forward to create more chances for the boys. I’m a lot more relaxed going into games now, I’m feeling less pressure, and I can go out there and play my own game. I’m a confidence play
4 views0 comments 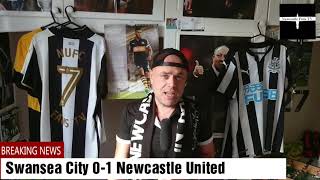 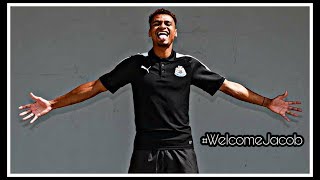