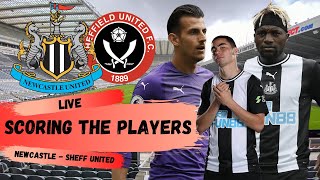 Another article inspired by Kyle, I thought I'd talk about my favourite and least favourite things in my time following Newcastle United and I will be keeping it to from my first Toon game in January 2009. Favourite game - 1-0 v Anzhi Makhachkala (14/03/2013) I thought I'd start with my favourite Magpies game and for this one, I'm going to go with the 1-0 win over Anzhi Makhachkala in the Europa League in March 2013. With the score 0-0 in Russia a week earlier, it had been a
39 views0 comments
Sam Mulliner Follow on Twitter: @SamMulliner

This week I have returned to the day job; furloughed no longer, and ready(ish) to get back to the grind. Therefore, for the fifth and final installment of the "Big 5" series, it's time to reflect on some of the fantastic experiences that I have been so fortunate to undertake for NFTV during lockdown. 1. Craig Moore They say "You never forget your first!" and indeed I wont, as Craig Moore was the first ever interview I undertook for NFTV. Thankfully I'm an early riser thanks t
19 views0 comments
Laurence Taylor (@laurence_1999)

With Mike Ashley on the brink of selling our club to the Public Investment Fund of Saudi Arabia, a lot of players will be playing for their futures if we can get this season resumed but if we can't, some of them will likely have played their final game for us. So let's take a look at our squad and see who's futures could be affected by the takeover. Starting with the goalkeepers, Karl Darlow and Rob Elliot are coming to the end of their contracts and I don't think a new manag
42 views0 comments
Rob Spereall (@rob_spereall)

After Kyle's excellent article on his day at the win at Leicester in April 2018, it influenced me to do an article just like that for matches I remember fondly. It was a freezing cold Sunday and I had to rush off after finishing work at 12noon so I could catch my train. I was in third year at the University of Wales in Swansea and worked as the assistant chaplain. I was taking a trip to London for a few days on a song-writing course (it's a hobby of mine). I got into the trai
8 views0 comments
Laurence Taylor (@laurence_1999)

Another article I've decided to do during this pandemic and this time, we'll be looking at players we forgot signed for Newcastle. We won't be including academy graduates who didn't make many first team appearances before leaving as we'd be here all day, it will be senior players signed from other clubs but hardly played and I won't include Achraf Lazaar or Henri Saivet as they're still on the books here. Anyway, let's have look at some of our forgotten men. Jesús Gámez I had
32 views0 comments
Kyle Thompson

Player ratings of the season so far (wingers)

I am not going to lie, this took way longer to type up then I thought it would. They cannot say I do nothing though can they? On we go! Miggy Almiron I know he is playing as an attacking midfielder now but I think, as he has spent most of his time on the wing this season, he falls into this category. I think he has had an amazing season, including the times when he was not scoring goals. Prior to his first goal, I said on the channel that we should persevere with him and
11 views0 comments
Rob Spereall (@rob_spereall)

This week two of Newcastle United's most influential dressing room personalities, Jonjo Shelvey and Matt Ritchie signed contract extensions with the club. This is in addition to the new deal our player of the season elect, Martin Dubravka signed shortly after this season began. It is always good news when players commit to Newcastle, whether it be youth prospects finding their feet in the Under 23's, or seasoned first team regulars. But with an influx of key players out of co
5 views0 comments
Rob Spereall (@rob_spereall)

Frank Lampard will be visiting St. James' Park for the first time as a manager this weekend in game that could go either way as the Sky Sports cameras will be in attendance. In the first half of the 20th century, we had an excellent record when Chelsea came up for a visit to Tyneside which puts our current great recent record in that same category to shame. In the years spanning from 1910 to 1954, we were unbeaten in 19 consecutive league matches at home to Chelsea - winning
8 views0 comments
Sam Mulliner. Follow on Twitter:

What a difference a week makes. This time last week we were celebrating a win over Crystal Palace and Miguel Almiron's first goal in the black and white. Since then, back to back defeats still see us comfortable in mid table, but is there now rumblings of concern around Tyneside? Few would have expected getting anything at Old Trafford, given our record both there and on boxing day, but it was the manner of the defeat which was all the more frustrating. The compact, well dril
12 views0 comments
Laurence Taylor (@laurence_1999)

The FIFA 20 ratings have been revealed and whilst players have been talking about their own ratings on social media, I thought I'd go through all of our player ratings (including the players we have out on loan) and what it could mean for them on career mode. The rating difference from FIFA 19 mentions the rating from when the game was released. Martin Dubravka - 80 (+1 from FIFA 19) This is no surprise and it says something that despite turning 30 in January, Martin Dubravka
15 views0 comments
Rob Spereall (@rob_spereall)

The Premier League's bottom two sides go head to head at St. James' Park on Saturday as Steve Bruce will aim for his first win at St. James' Park as Newcastle manager. Watford's poor finish to the end of last season appears to have continued into the new season as they are the only team in the league yet to register a single point. Considering the Watford board are no strangers to the sacking culture in modern day football, Javi Gracia could well be fearing for his job. Despi
6 views0 comments
Rob Spereall (@rob_spereall)

The new Premier League season will be kicking off this weekend and Newcastle, for the third consecutive season, will be at home against a top six side on the opening day. In many ways, it has been a difficult summer for Newcastle fans, one that will be remembered for the wrong reasons. Following the long wait on confirmation regarding Rafa Benitez's future at the club, many fans were livid that the Spaniard decided to part company with Mike Ashley and the club. There were num
9 views0 comments
Laurence Taylor (@laurence_1999)

Matt Ritchie became one of Rafa Benitez's first signings soon after the Spaniard signed a 3-year contract with the Magpies in the summer of 2016. Ritchie has been a player who, for many years now, is no stranger to playing regularly. At his former club, Bournemouth, he helped the Cherries achieve promotion to the Premier League for the first time. In addition to that, he had a rather solid season at the highest level at Dean Court, a certain wonder strike against Sunderland c
9 views0 comments 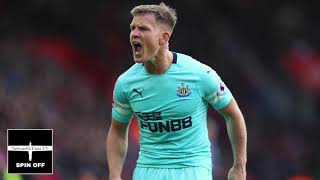 Newcastle United went through a tough time last season after both Dwight Gayle and Joselu failed to find any real goalscoring form despite Dwight Gayle's phenomenal 26-goal Championship season just the year before. Here at NewcastleFansTV, we have analysed the truth behind Newcastle and especially Dwight Gayle's goalscoring misfortune. The 17/18 season saw The Magpie's No.9 Dwight Gayle only bag 6 goals, that's around a quarter of what he managed in the Championship just the
28 views0 comments
Laurence Taylor (@laurence_1999)

The first players to leave us in the summer were Vurnon Anita, Sammy Ameobi, Lubomir Satka and Haris Vuckic, who were all released at the end of their contracts. It took a while to make our first signing as Florian Lejeune finally arrived from Eibar on 4 July whilst Graham Carr left his role as chief scout and Matz Sels joined Anderlecht on loan. Later that week, we were linked with wingers Sheyi Ojo, Jesus Navas, Adama Traore and Jacob Murphy and the latter was signed from N
14 views0 comments
1
2