With Mike Ashley on the brink of selling our club to the Public Investment Fund of Saudi Arabia, a lot of players will be playing for their futures if we can get this season resumed but if we can't, some of them will likely have played their final game for us. So let's take a look at our squad and see who's futures could be affected by the takeover. Starting with the goalkeepers, Karl Darlow and Rob Elliot are coming to the end of their contracts and I don't think a new manag
42 views0 comments
Kyle Thompson

Player ratings of the season so far (Central midfielders)

Sean Longstaff It has not been the easiest season for Sean. If you watch the channel, you will know by now that I would defend both of them with my life. That being said, Sean has even been honest with himself about his season; it has not been great. More frustration and high expectation have had Sean in a difficult spot this season. He has had a couple of really good performances such as Man United at home and Spurs away have been some of his best performances in a Newcastle
11 views0 comments
Sam Mulliner. Follow on Twitter:

This week two of Newcastle United's most influential dressing room personalities, Jonjo Shelvey and Matt Ritchie signed contract extensions with the club. This is in addition to the new deal our player of the season elect, Martin Dubravka signed shortly after this season began. It is always good news when players commit to Newcastle, whether it be youth prospects finding their feet in the Under 23's, or seasoned first team regulars. But with an influx of key players out of co
5 views0 comments
Sam Mulliner Follow on Twitter:

So What is Bruce Thinking?

Nabil Bentaleb was Newcastle's first signing in the January transfer window, which came out of left field and surprised journalists and fans alike. I for one, am still puzzled why Steve Bruce felt the need to bring in an additional central midfielder after the emergence of Matty Longstaff. What puzzles me even more, is that the Algerian has featured so prominently since his arrival on Tyneside, despite hardly even featuring in a match day squad for parent club Schalke 04 in t
45 views0 comments
Laurence Taylor (@laurence_1999)

It was always going to be difficult for us to get players in this January given the amount of senior players already on our books. Unlike previous years when we've named Jack Colback, Henri Saivet and Achraf Lazaar in our Premier League squad (despite the three only making one league appearance between them (which was actually the game that saw Saivet give the ball away for a goal early on before scoring a free kick four minutes later to equalise in a 3-2 win at West Ham in D
8 views0 comments
Sam Mulliner Follow on Twitter:

11th July 2016, Newcastle United are preparing for another unwanted season in the Championship, yet buoyed by the decision from Rafa Benitez to stay on as manager. On that July day, United make a low-key signing of Arsenal youngster Isaac Hayden for an undisclosed fee, believed to be around the £3million mark. Hayden, still only 21 years of age at the time, had been on loan Hull City, under current toon boss Steve Bruce, who had just secured promotion to the Premier League, t
11 views0 comments
Laurence Taylor (@laurence_1999)

The FIFA 20 ratings have been revealed and whilst players have been talking about their own ratings on social media, I thought I'd go through all of our player ratings (including the players we have out on loan) and what it could mean for them on career mode. The rating difference from FIFA 19 mentions the rating from when the game was released. Martin Dubravka - 80 (+1 from FIFA 19) This is no surprise and it says something that despite turning 30 in January, Martin Dubravka
14 views0 comments
@newcastlefanstv

Isaac Hayden on why he is stayed at Newcastle

"We had a lot of time off during the summer break to talk things through and reflect really. As I said my daughter is nearly coming up to two, she’s getting a lot stronger, getting a lot bigger. Touch wood she doesn’t need to have as many appointments any more, she’s a lot stronger, my fiancee is a lot stronger now than she was before in terms of her health as well. It was just talking about it and reflecting on what the best decision was for us all – not just me. "To her cre
41 views0 comments
Laurence Taylor (@laurence_1999)

I'm not going to lie, I really should've done more articles over the season but seeing as there's no articles reviewing the season, I may as well do it myself. It was another difficult summer for us with only around £22.5m spent (not including whatever loan fees we paid for Salomon Rondon and Kenedy), by the time the first pre season game came around, the only new face was Ki Sung-yueng on a free transfer from Swansea whilst Mikel Merino left for Real Sociedad after his £10m
7 views0 comments
@newcastlefanstv

"Hopefully, we get as many points as possible and we can beat our target from last year which was 44 points. There was just relief that we got it over the line as quickly as we did. A club of this stature, the target shouldn't be just to finish above the relegation zone but at the minute that is where we’re at. We have to deal with that as players, coaching staff and as fans who support the football club but that isn’t the ambition in the dressing room. From a lot of the play
4 views0 comments
@newcastlefanstv

“This has been a difficult period. I’ve not really known whether I was going to be staying here for the second part of the season or whether I was going to be going, but – as I’ve said – as soon as you cross that white line, everything else doesn’t matter. You’ve got a job to do, and you always want to try and do your best and show what you’re capable of doing. It probably took me a couple of games to get back in my stride but now I feel fit enough, I feel like I’ve had a goo
4 views0 comments 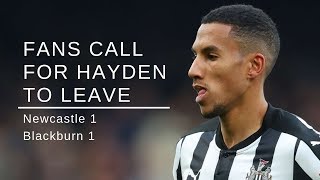 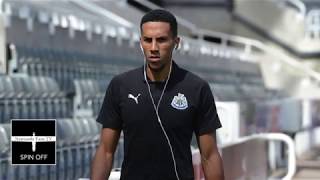 Isaac Hayden stresses he still wants out of Newcastle

The first players to leave us in the summer were Vurnon Anita, Sammy Ameobi, Lubomir Satka and Haris Vuckic, who were all released at the end of their contracts. It took a while to make our first signing as Florian Lejeune finally arrived from Eibar on 4 July whilst Graham Carr left his role as chief scout and Matz Sels joined Anderlecht on loan. Later that week, we were linked with wingers Sheyi Ojo, Jesus Navas, Adama Traore and Jacob Murphy and the latter was signed from N
13 views0 comments
Lee Lawler (@NewcastleFansTV)

Isaac Hayden on the training camp in Spain

“Whenever you win a game in the Premier League, it always gives you a bit of a spring in your step. We’ve had quite a few good results against Man United and Southampton and we may have had a bit of a blip against Liverpool, but going away from home that was always going to be a difficult game. Since 2018 has started we’ve done really well as a squad; we’ve won a good chunk of games and I feel we’ve learned not to lose games. We’ve learned how not to lose points by making sur
3 views0 comments
Lee Lawler (@NewcastleFansTV)

“It was at the Rosewood hotel in London and there was a big bowl of chocolates on the table. All of a sudden, he got two big handfuls of them and he lined them up in formation. He started asking me questions. ‘Right, if the ball came in from here and the centre-halves are here, where would you be?’ Sometimes, he said: ‘Brilliant.’ Other times, he said: ‘No. That’s a very English answer.’ It was like a coaching session at the first meeting. After it, I told my agent: ‘I don’t
16 views0 comments
Lee Lawler (@NewcastleFansTV)

“It has come around quickly. It might have come around a little quicker if I wasn’t injured last season but nonetheless, it’s a nice milestone to get to and hopefully I can build on that and get to 100, then 150 and so on. Especially at my age, if you’d said to me before joining that I would have got 50 so soon, I probably would have questioned that. You always want to get minutes under your belt and try to improve as much as you can because players are getting better and str
2 views0 comments 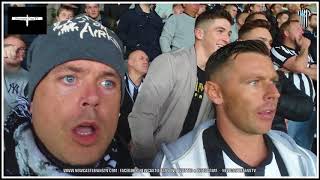 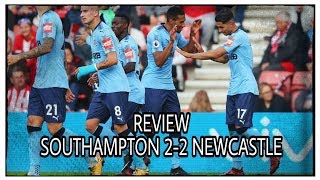