Manchester City overcame Newcastle United in the FA Cup quarter-final on Sunday but it could have been very different as Man City were helped by an astonishing Dwight Gayle miss just a moment before doubling their lead in the second half. The defeat means that we are still awaiting our first earned trip to the new Wembley having not reached the semi-finals since 2005. Pep Guardiola's side dominated the first half and will feel they should have scored more than their solitary
8 views0 comments
Laurence Taylor (@laurence_1999)

Another article inspired by Kyle, I thought I'd talk about my favourite and least favourite things in my time following Newcastle United and I will be keeping it to from my first Toon game in January 2009. Favourite game - 1-0 v Anzhi Makhachkala (14/03/2013) I thought I'd start with my favourite Magpies game and for this one, I'm going to go with the 1-0 win over Anzhi Makhachkala in the Europa League in March 2013. With the score 0-0 in Russia a week earlier, it had been a
39 views0 comments
Rob Spereall (@rob_spereall)

In April 2020, myself and my brother, David created our individual lists of ranking our top 100 NUFC matches since August 1992. This series of articles goes through the top 30 from our combined list. The criteria for the rankings in our lists were subjectively about drama, significance, excitement, result and occasion. 20) Manchester United 0 - 1 Newcastle United - Premier League (07/12/2013) Rob: 6th Dave: 39th Yohan Cabaye scored the game's only goal as Newcastle secured th
8 views0 comments
Sam Mulliner. Follow on Twitter:

Sean Longstaff, like most Newcastle players, had a day to forget yesterday. Drawing 0-0 against League One Oxford United in front of a capacity St James Park, was not in the script that should have read safe passage into the fifth round of the FA Cup. It summed up what has been a "difficult second album" of a season so far for the elder of the Longstaffs, but it is my firm belief that now is not the time to turn our back on Sean. Sean proved to be a revelation when thrust int
9 views0 comments 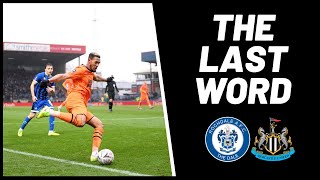 We have to talk about Joelinton | Rochdale 1-1 Newcastle 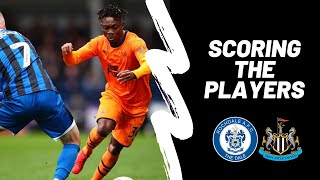 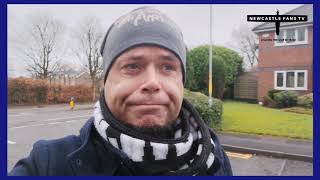 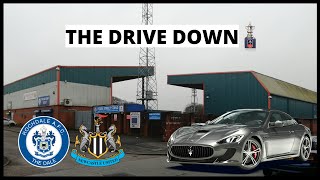 The drive down | Rochdale vs Newcastle United

I'm not going to lie, I really should've done more articles over the season but seeing as there's no articles reviewing the season, I may as well do it myself. It was another difficult summer for us with only around £22.5m spent (not including whatever loan fees we paid for Salomon Rondon and Kenedy), by the time the first pre season game came around, the only new face was Ki Sung-yueng on a free transfer from Swansea City whilst Mikel Merino left for Real Sociedad after his
7 views0 comments 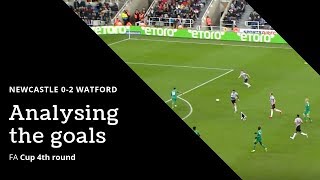 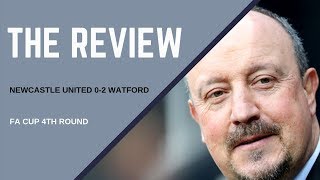 Watford - taking a look at what we're up against

VAR to be used in FA Cup clash against Blackburn

VAR IS COMING! Well.. we already knew it's arrival was expected for the 19/20 PL season after clubs that compete in the League came to an agreement, but the implementation of the VAR into the FA Cup is happening sooner than the end of the season. This season it has been in its testing stage with the VAR being set up for different Premier League matches across England but not being used in live during matches. One man that will be particularly happy of VAR's premature rival is
5 views0 comments
Laurence Taylor (@laurence_1999)

The first players to leave us in the summer were Vurnon Anita, Sammy Ameobi, Lubomir Satka and Haris Vuckic, who were all released at the end of their contracts. It took a while to make our first signing as Florian Lejeune finally arrived from Eibar on 4 July whilst Graham Carr left his role as chief scout and Matz Sels joined Anderlecht on loan. Later that week, we were linked with wingers Sheyi Ojo, Jesus Navas, Adama Traore and Jacob Murphy and the latter was signed from N
14 views0 comments