Last Saturday Newcastle lost 2-0 to Liverpool when they were outplayed by a very positive home side. Although the magpies held out well for the first half hour, Mohamed Salah soon put an end to Newcastle's optimism by putting the reds ahead before Sadio Mané finished the job in the second half with a sweet strike from just inside the box. Match (First Half) From the start Newcastle weren't really in the game, usually just hoofing the ball up the field whenever they got posses
1 view0 comments
Felix Cox (@FelixNUFC)

Newcastle were defeated 3-1 at the Ethiad by Manchester City on Saturday. unlike the reverse fixture there was times where the toon were actually trying to get a result against top-of-the-table City, but City's might was no match for now 15th place Newcastle. Lineup Match (First Half) For the majority of the first half Newcastle played as they did in the reverse fixture which was extremely defensive, hanging on to 0-0 for as long as possible, Gayle had a chance at a header ea
4 views0 comments
Felix Cox (@Felix_NUFC)

Newcastle suffered a heavy 4-1 defeat at Old Trafford last Saturday as the home side dismantled Newcastle despite an improved performance by the Magpies. Dwight Gayle gave Newcastle the lead early on but Manchester United were soon ahead themselves at half time before they secured their win in the second half with two more goals to humiliate the toon. Lineup Lascelles and Atsu were still injured from our last game at home to Bournemouth, Merino was still ruled out due to his
3 views0 comments
Felix Cox (@Felix_NUFC)

Newcastle were once again defeated when they lost to a Bournemouth side who hadn't won in six premiership games before this one. The magpies performed well in the first half but returned to the new norm in the second half and were eventually punished as Steve Cook headed in a 92nd minute winner. Lineup Benitez finally dropped Perez from the starting 11, replacing him with Dwight Gayle. Diame was also dropped for Isaac Hayden. Apart from that, it was the same lineup as the Bur
11 views0 comments 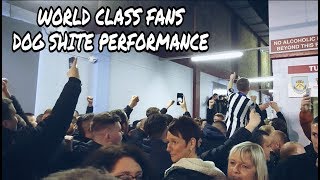 Newcastle ended their 3 match winning streak with a disappointing away defeat to Brighton, the team that Newcastle previously got the double over and beat to the title in their promotion campaign of 2016/17. The toon army definitely deserved to go home with at least something, but easy chances being missed and poor use of possession by Newcastle made sure that the toon faithful would be going home empty handed. Lineups Newcastle's lineup was unchanged from their victory again
10 views0 comments 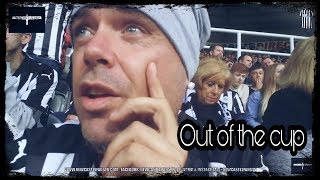 Sometimes you need to spend some to gain some. And that's exactly the logical and obvious thing that Mike Ashley needs to do. For this team just isn't ready, the starting 11 was almost the same as the championship side that we had last year. And if Mike Ashley doesn't cough up some serious money before the window shuts, he's going to be missing out on a considerable amount more come May. Realistically, we need some premier league PROVEN players in by the end of the window or
29 views0 comments 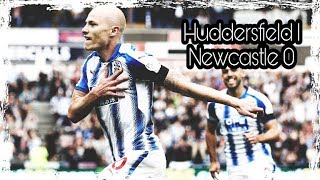